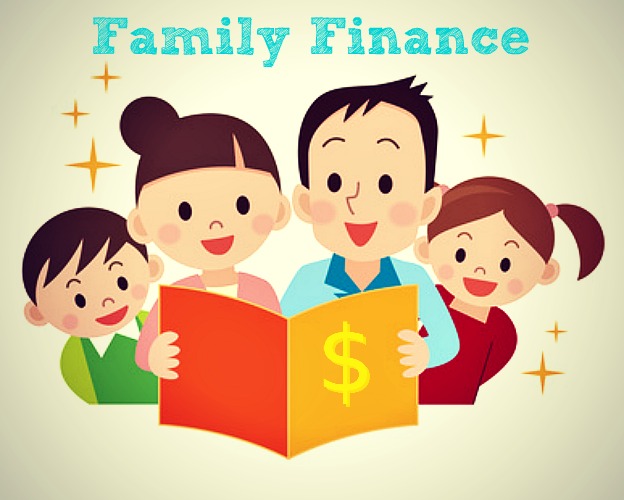 Does your family know how much money you make? Or how much you’ve saved for retirement? What about your total net worth?

If you’re like most people, you probably keep this information to yourself. Perhaps it’s a relic of an earlier era, but many of us still believe it’s inappropriate to talk about money—even with our closest family members.

But keeping our families in the dark about our finances could be a mistake. For one thing, disagreements about money are a leading cause of divorce—likely because our finances touch so many areas of our lives. And though adult children often avoid having discussions about money with their aging parents, either because they’re afraid of encroaching on their independence or because they don’t want to create family strife, this reluctance could make caring for elderly parents more difficult.

Despite how uncomfortable these discussions might make us, the benefits are well worth the effort, says Jennifer Doak, a Schwab Financial Consultant based in Sarasota, Florida. “In my experience, no one ever regrets having these conversations—but they do regret not having them,” she says.

Jennifer shared with us how she helps clients think through and plan for difficult financial conversations with their families.

Getting the ball rolling

Jennifer spends the majority of her time meeting with clients, either in person or over the phone, discussing their investment plans and financial goals.

One thing Jennifer always looks into is her clients’ estate plans. Are their beneficiary designations up to date? If they have powers of attorney or family trusts, is that reflected in their Schwab accounts?

“I’ve come across many cases where clients have gone through the work and expense of setting up trusts or establishing powers of attorney, but then they forget to update their Schwab accounts to reflect it,” she says. “Sometimes it just takes a little reminder to get the ball rolling again—and that often leads to broader discussions about estate and legacy planning.”

Jennifer uses these opportunities to talk about the importance of family involvement, particularly with her older clients, who might need to include their adult children in their financial matters sooner rather than later. And that’s usually where things get difficult.

The majority of Jennifer’s clients are retirees, many of whom are still very active—so starting a discussion about family involvement can be tricky.

“The hardest conversations are those that ask older individuals to consider whether they need help managing their money,” she says. “So, I encourage my clients to share everything with their adult children long before they get to the point of needing help, not only to keep the kids in the loop in case something unexpected happens, but also so the kids aren’t left worrying about the state of mom's and dad’s finances.”

Jennifer says she has two clients, a married couple, who experienced firsthand how important it is to have financial discussions with family before it’s too late.

“Both spouses had been married previously and came into the union with their own wealth—the wife with considerably more,” Jennifer says. “Because of this, they decided to establish a prenuptial agreement in which all of their finances were separate.”

When the wife became ill a few years into the marriage, her husband needed to step in to help with her day-to-day finances. Unfortunately, the prenuptial agreement limited his access to his wife’s accounts. The wife’s eldest daughter from her first marriage held the financial power of attorney. When the husband approached his stepdaughter about wanting to help, he was met with resistance.

“The husband and stepdaughter had never been close, so she questioned his motives,” says Jennifer. “He didn’t feel entitled to any of his wife’s money, but emotions were already running high because of her illness, and he had a difficult time communicating his needs to her daughter.”

Once Jennifer became aware of her clients’ situation, she suggested bringing in one of Schwab’s Wealth Strategists to help facilitate a conversation between the husband and stepdaughter.

Having the difficult conversation

Jennifer enlisted Jason Largey, a Wealth Strategist in Denver, to help her and her client plan for the family discussion.

“The first thing we talked about was how to get the husband and stepdaughter on the same page,” Jason says. “We knew the husband had good intentions so that’s where we decided to start the conversation.”

The family members were located across the country, so Jennifer set up a conference call with the family, Jason and herself. “Both the husband and wife had large extended families so figuring out who should be on the call was also a bit of a challenge,” Jennifer says.

Ultimately, they decided to keep the initial conversation between the husband, stepdaughter, Jennifer and Jason.

Jason’s role was to help the husband and stepdaughter understand the various parts of the wife’s estate, including how the different elements of her estate plan worked, what types of trusts were utilized, what changes had been made and when, and which individuals were acting as trustees. “I tried to keep it very educational and factual,” Jason says. “Focusing on the details rather than the beneficiaries helped us stay focused on the goal—which was to take care of mom and her finances.”

In the end, the family was able to come to a consensus regarding day-to-day management of the wife’s finances. “The husband and stepdaughter now have regular conversations to discuss her ongoing financial needs,” Jennifer says. “Their conversations are much more productive now that they have an open line of communication between them.”

While this was how one family was able to work together during a difficult time, every family is different. And although the circumstances may differ, it’s fair to say that many families find talking about finances challenging. But if family members can work through their discomfort, they may find that an open and honest dialog about family finances benefits everyone.”

If you need help planning for a family conversation, reach out to your Schwab Consultant, who can help you think through the details.

We asked Courtney Davis, a Senior Financial Planner in Denver, to share her tips for navigating difficult conversations successfully.

1. Set a date: For your first discussion, set a formal date to sit down together. “Not every meeting has to be this formal,” says Courtney, “but establishing a specific day and time for the inaugural meeting conveys its importance and helps to ensure everyone takes the conversation seriously.”

2. Have a plan: Courtney says it’s important to determine who will lead the conversation, which topics will be covered, and whether any sensitive subjects could arise to derail the discussion. “Creating a plan makes it easier to stay on track, and helps keep the meeting from devolving into an argument,” she says.

3. Stay calm: Emotions can run high during these meetings, so remind yourself that everyone has good intentions and that you all stand to benefit from the discussion. “Keep tabs on how you’re feeling, and don’t be afraid to shelve topics that are triggering negative reactions,” says Courtney.

4. Listen: Don’t do all of the talking. “Make sure you’re not just waiting for your chance to speak,” Courtney suggests. “I think it helps to take notes because it forces you to really listen to what everyone else is saying.”

5. Seek outside help, if needed: Depending on the complexity of your situation or family dynamics, you might consider bringing in an outside consultant to offer an unbiased voice during the conversation. “Having someone there to keep the discussion moving or to recognize when it’s time to take a break is never a bad idea,” Courtney says.